The phrase "If you build it, they will come" has been a business cliché for a few decades now, ever since the 1989 movie Field of Dreams made it one of the most memorable movie quotations in the world. Despite the cliché, the concept is very relevant in the world of events, and the Dublin Irish Festival is one outstanding example. 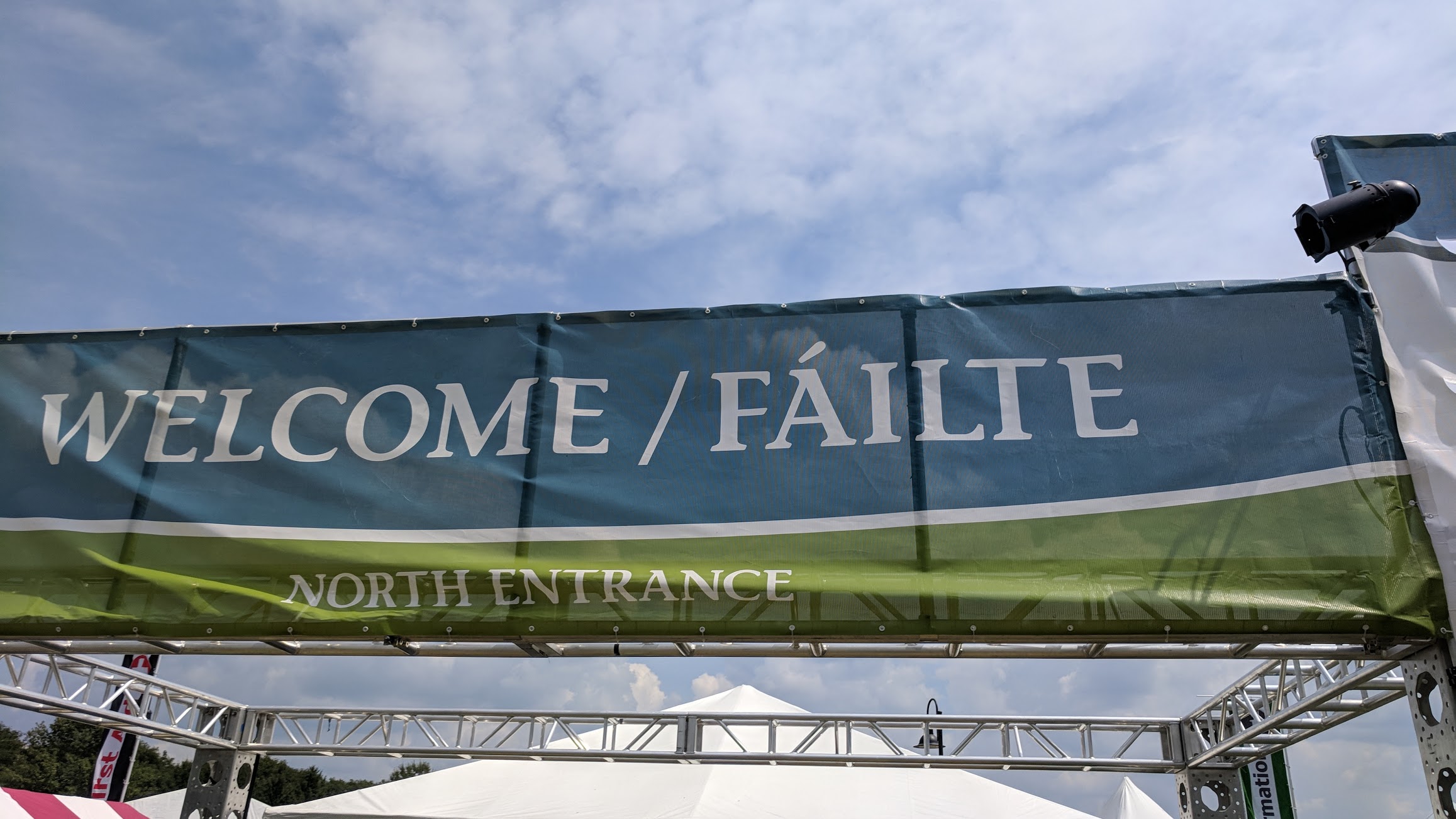 I’ve had the pleasure of working with the Dublin Irish Festival several times since 2006, but have never needed to cross the Atlantic to do it. That's because the world's largest 3-day Irish Festival takes place in Dublin, Ohio- a small city that sits just outside Columbus. The origins are great event story.

At my first meeting with the event management, I asked about the City of Dublin's Irish origins. To my surprise, I learned that Dublin’s only Irish connection was its name, which it was given because of the city founder’s birthplace. However, in the late 1980s, local Irish performers and politicians decided their city’s distant roots deserved to be honored, so they set about creating the best Irish festival around.

If It's Irish, It's Here 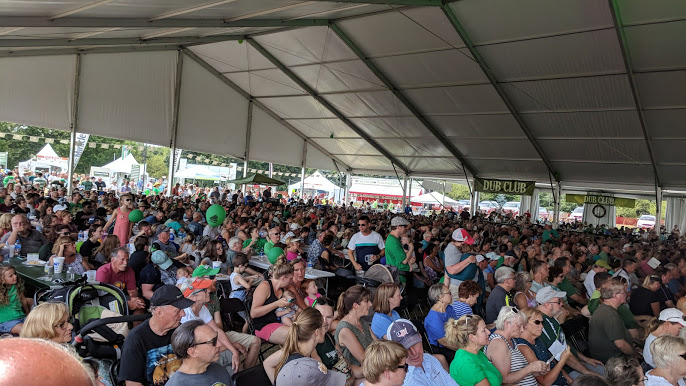 Within the first few years event attendance surpassed 10,000, and soon the festival was attracting over 100,000 visitors each year, celebrating more aspects of Irish culture than you could ever imagine. Today, the festival delivers a whopping $8.5M economic impact annually to Central Ohio. 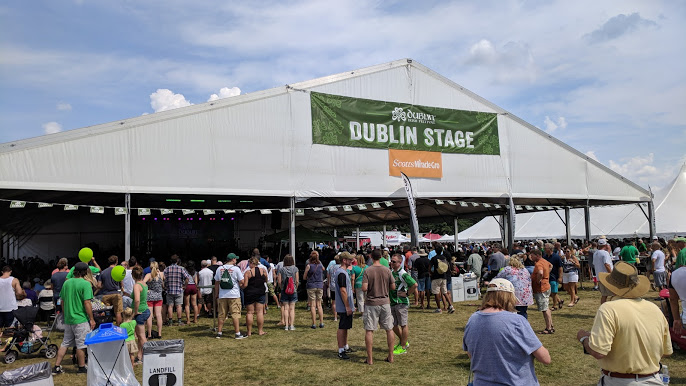 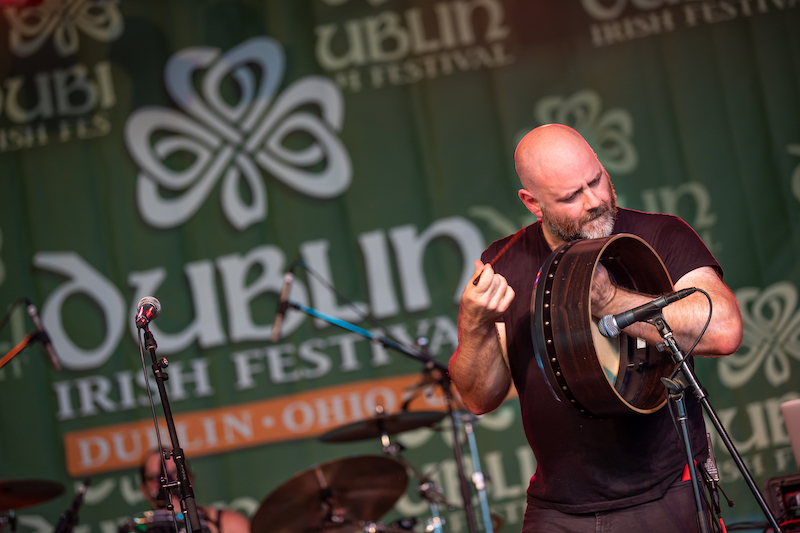 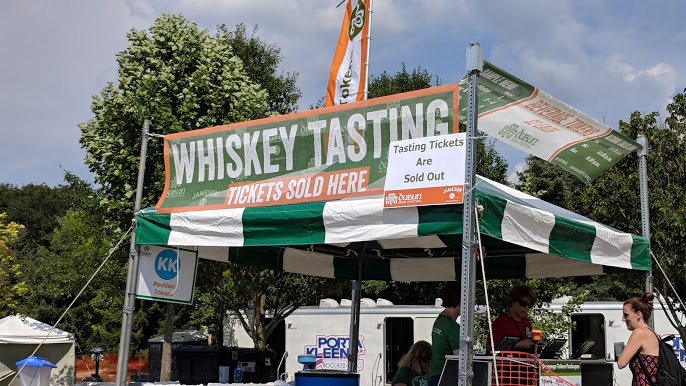 A wide variety of Irish food, beer, and whiskey can be sampled throughout the 38-acre grounds. These are the kinds of attractions and entertainment we would expect from a class-leading large festival. 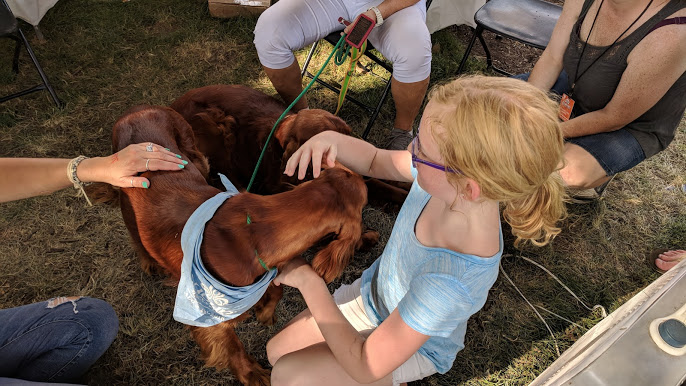 These attractions and entertainment aren’t just for humans. Some of the top dog breeders in the Midwest are on hand all weekend to share the history of various Irish breeds. They have plenty of prize-winning pups eager for pets. 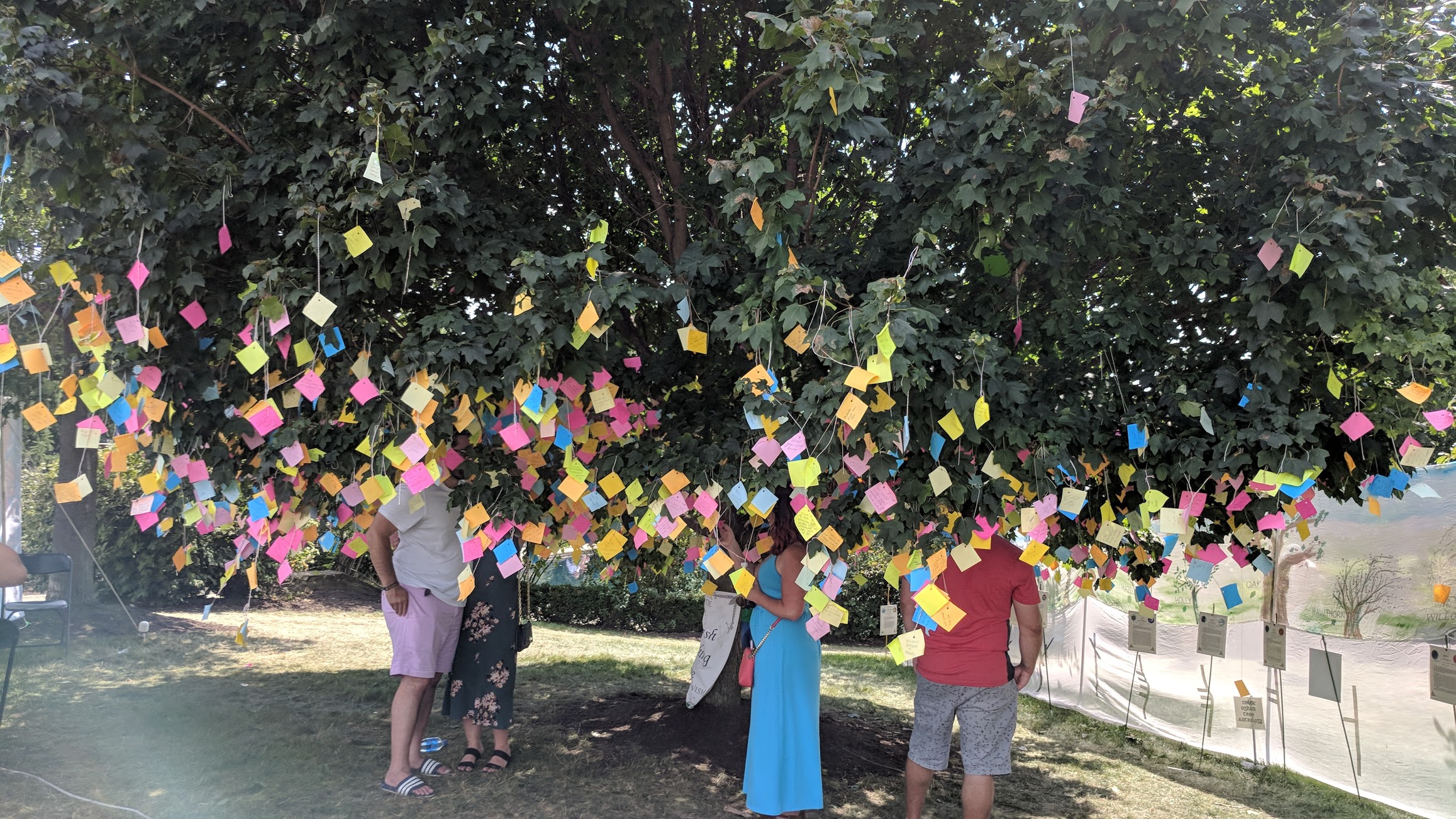 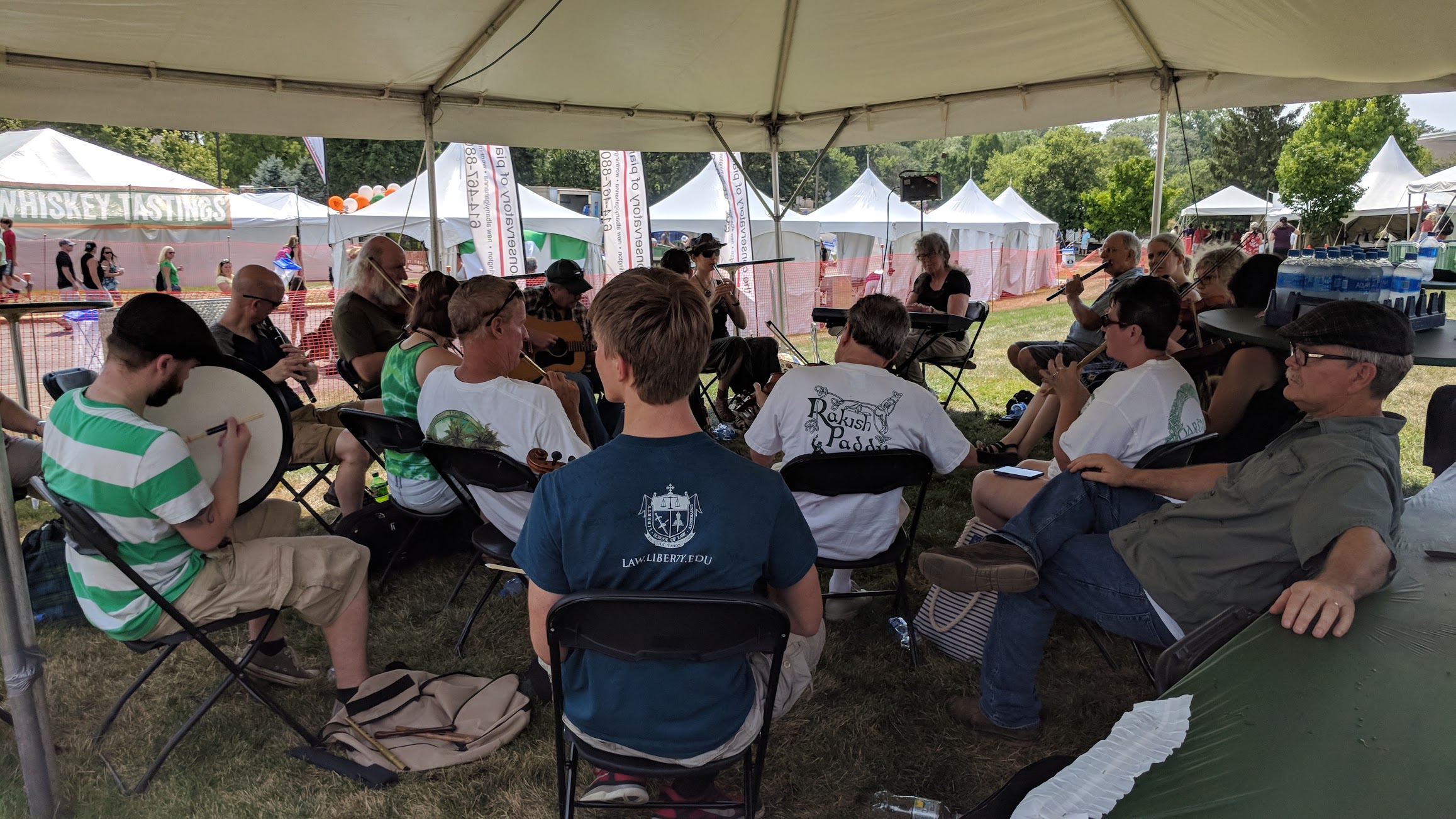 There are plenty of sessions (traditional gatherings where people can come together and play Irish folk music) and cultural workshops on skills like lace tatting, spinning, and weaving. You can also enter contests for reddest hair, greenest eyes, and most freckles! 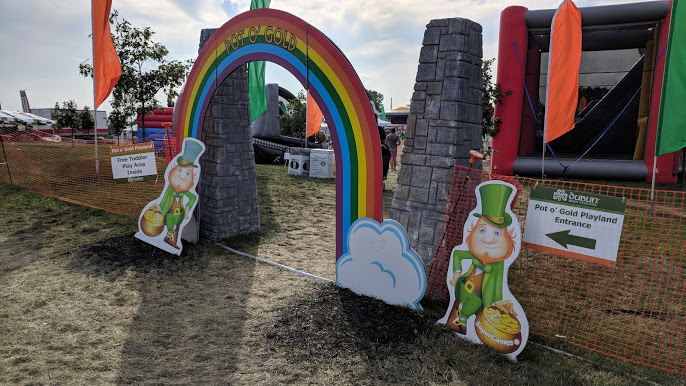 Young visitors can head to the Wendy's Wee Folk Area and enjoy the Pot O'Gold Playland.

Fun Fact:  Wendy's restaurants have their headquarters in Dublin! 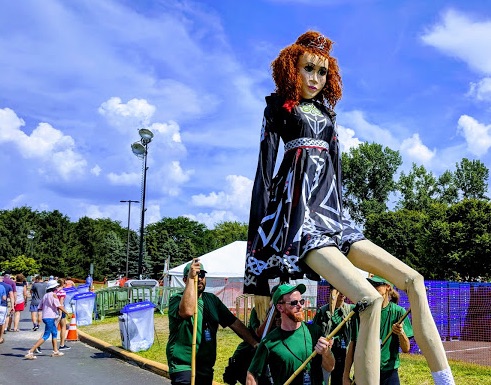 Don't forget to take a selfie with the giant Irish dancer dolls. They’re giant paper-mache replicas of traditional Irish dancers- many of which you can see in the flesh during the on-site Irish dance competition. 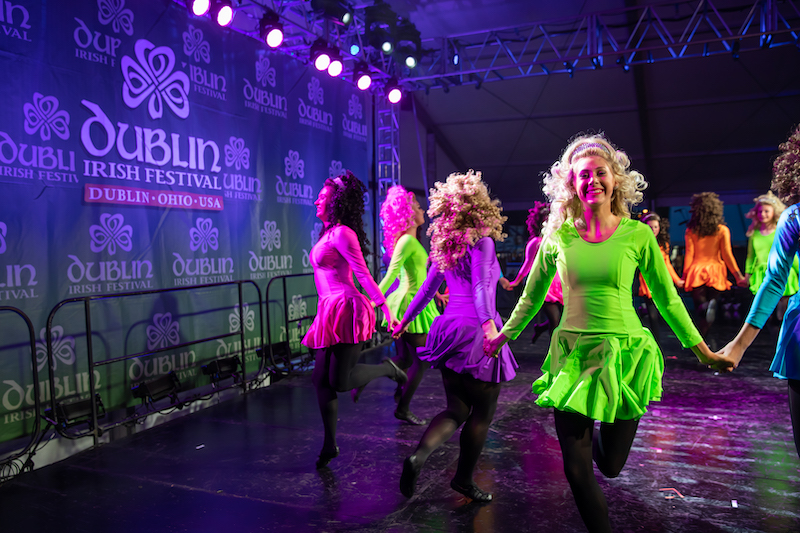 Had enough Irish yet?  There is a massive section dedicated to traditional Irish heavyweight games, with competitive events such as the caber toss, stone put, and sheaf toss. 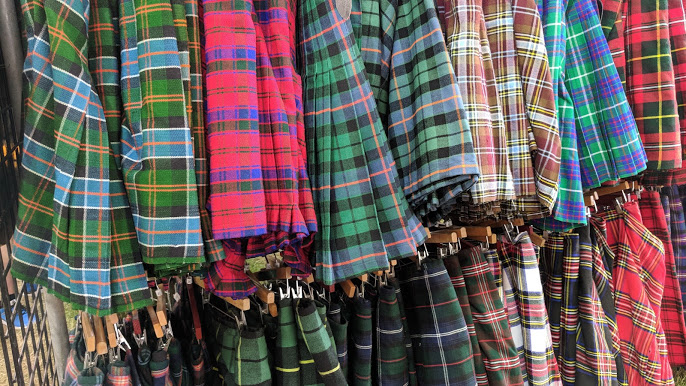 On-site vendors are on hand to trace your Irish heritage and sell you the correct tartans, so you can cheer for your clan. And after you’ve partied with the Irish all weekend, you can wrap up on Sunday morning with an outdoor Roman Catholic Mass, in Irish Gaelic of course. They also offer Druid services. 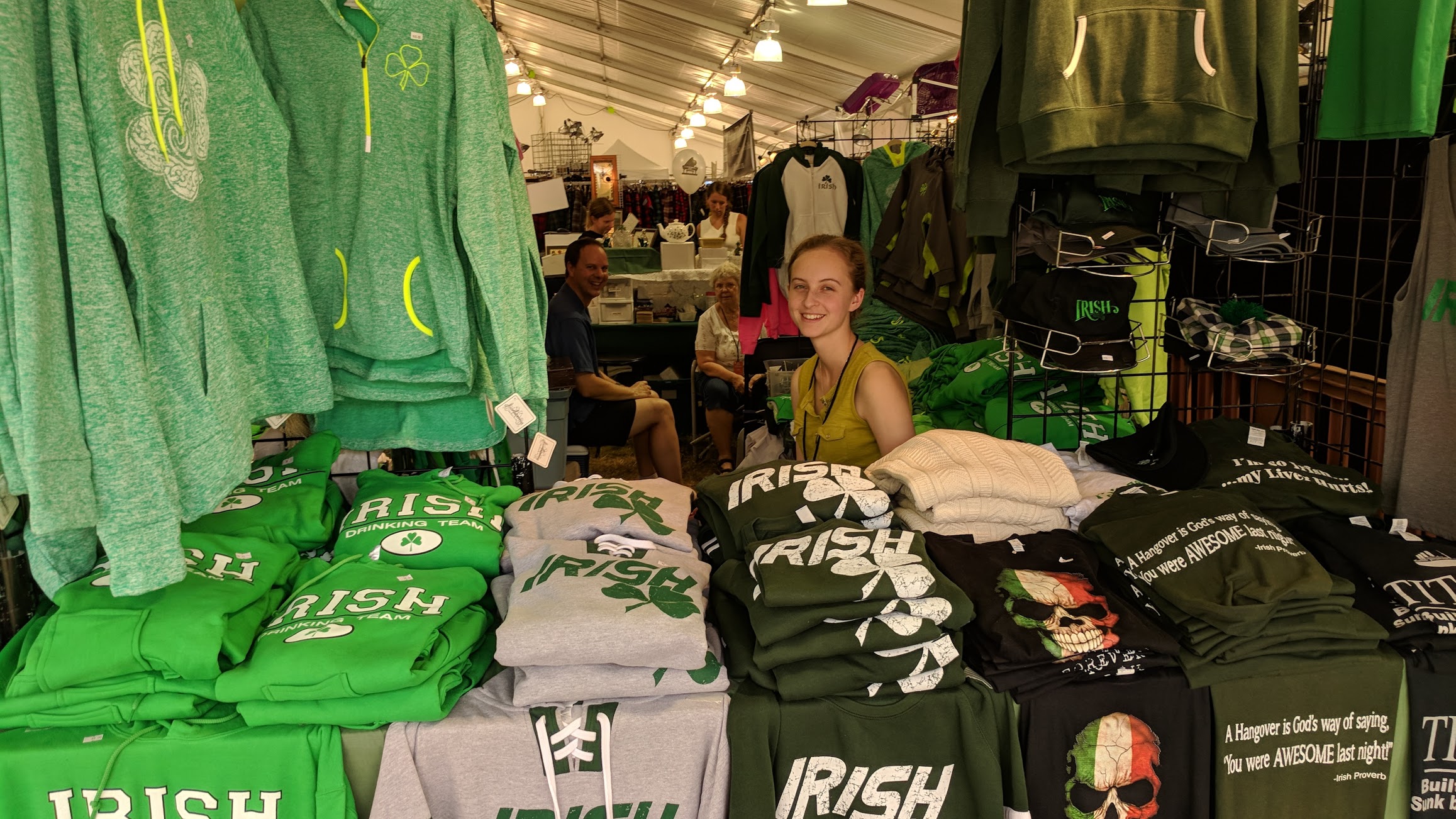 It is estimated that over 100 million people have Irish ancestry and your Event Professor is one of them, with roots on my maternal grandfather's side. But whenever I visit the Dublin Irish Festival, I’m definitely 100% Irish for the weekend.  Whether you have Irish ancestry or not, I encourage you to visit this festival and immerse yourself in this beautiful culture. There is truly something for everyone.

If You Build It 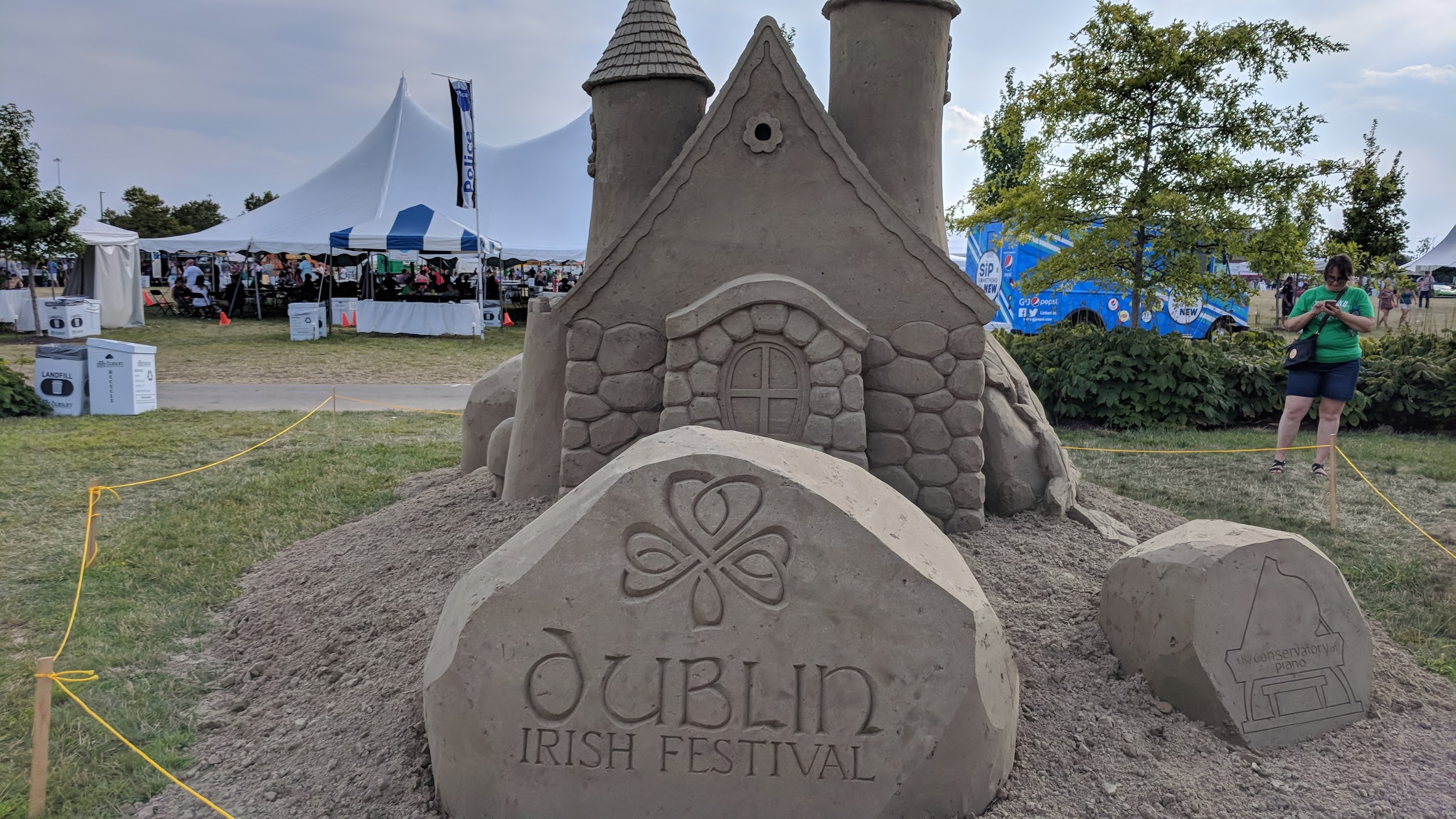 The thing I love most overall about Dublin Irish Festival is the drive they've had right from the beginning. Cliches aside, if you believe enough in your idea, anyone can build a world-class event that puts their city on the map.