The live events we love are back... and so is your Event Professor! If you wondered how an event researcher kept busy during the industry shutdown, I was able to realize one of my dreams from years ago to establish a non-profit research organization. 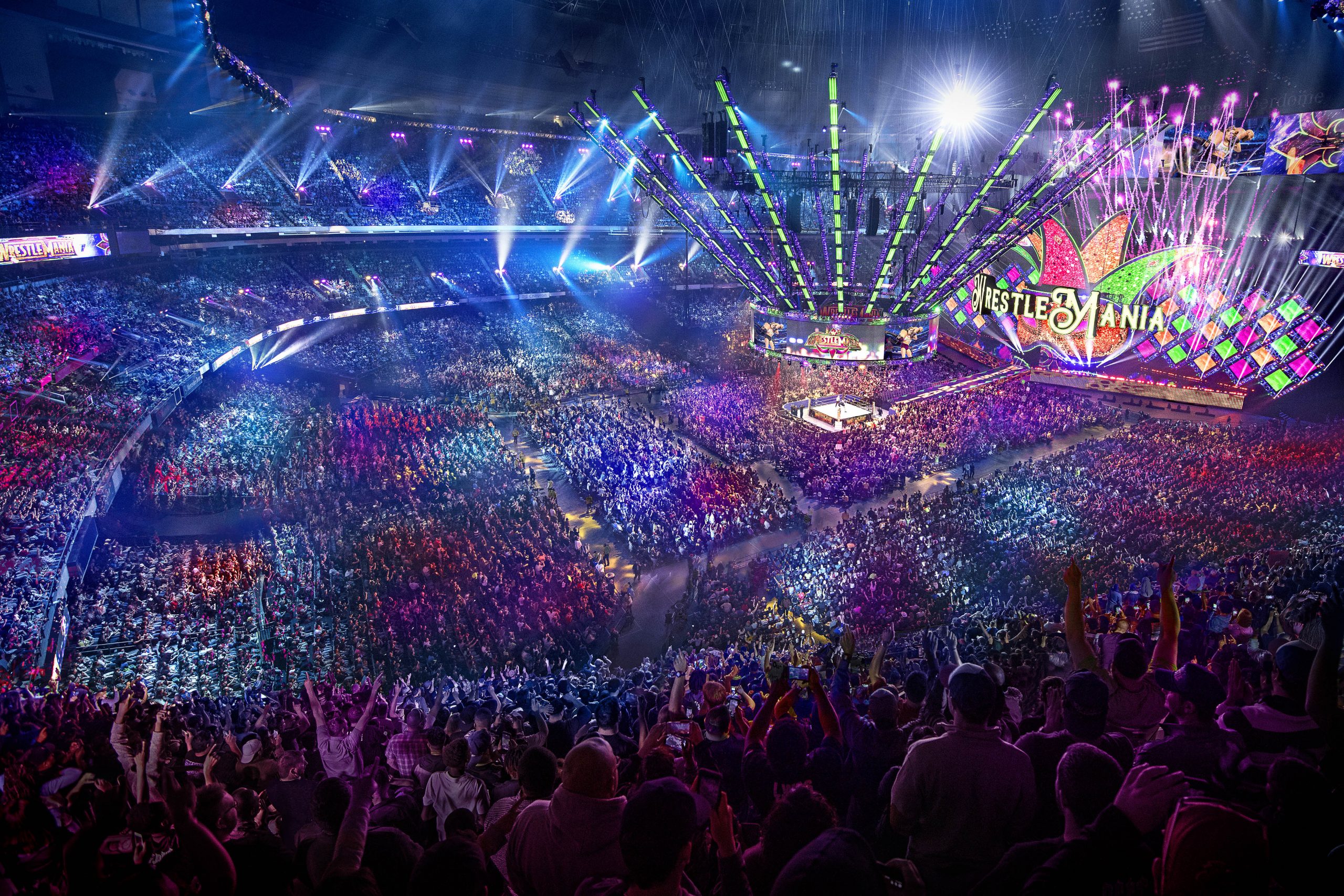 Everyone familiar with pop culture has heard of World Wrestling Entertainment, the storylines, and the Superstars. However, many are unaware that WWE has long been a live event leader, producing approximately 320 live events per year throughout multiple countries.

Their "Big 5" special events like WrestleMania and SummerSlam have thrilled fans for decades and delivered millions in economic impact to host communities. Throughout the pandemic, the organization found innovative ways to produce events and was among the first to reopen large stadium shows.

My Storyline with WWE 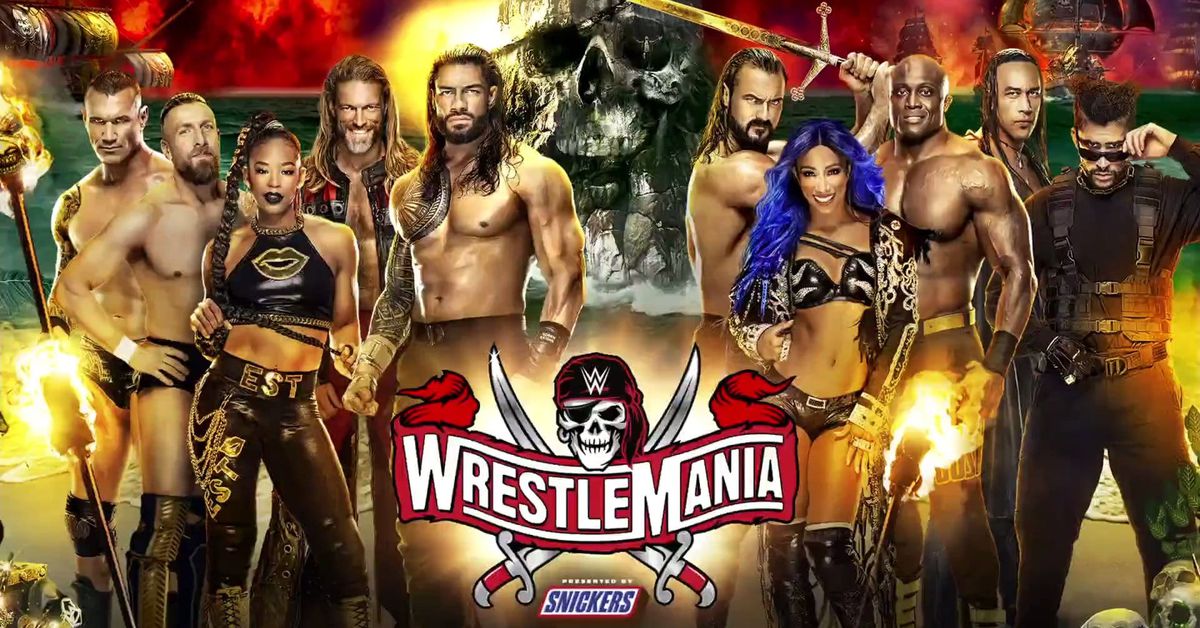 For nearly two decades, your Event Professor has been delighted to work with the team that transformed WWE's live productions into some of the highest impact tourism events worldwide.

Here's some history: back in 2004, a WWE promoter contacted me after his boss saw a news article about our event research. The WWE team had been producing WrestleMania events for years and bringing many benefits to host cities, but the CVBs were not particularly generous with incentives.

The promoter recounted an official from a potential host city dismissing WWE's event, stating: "Your one-day arena show attracts mostly local teenagers. We only offer incentives to events like medical conventions which are attended by high-income professionals.”

That year, WWE contracted Enigma Research to survey attendees and measure the economic impact of WrestleMania XX, held in Madison Square Garden. The results were outstanding. 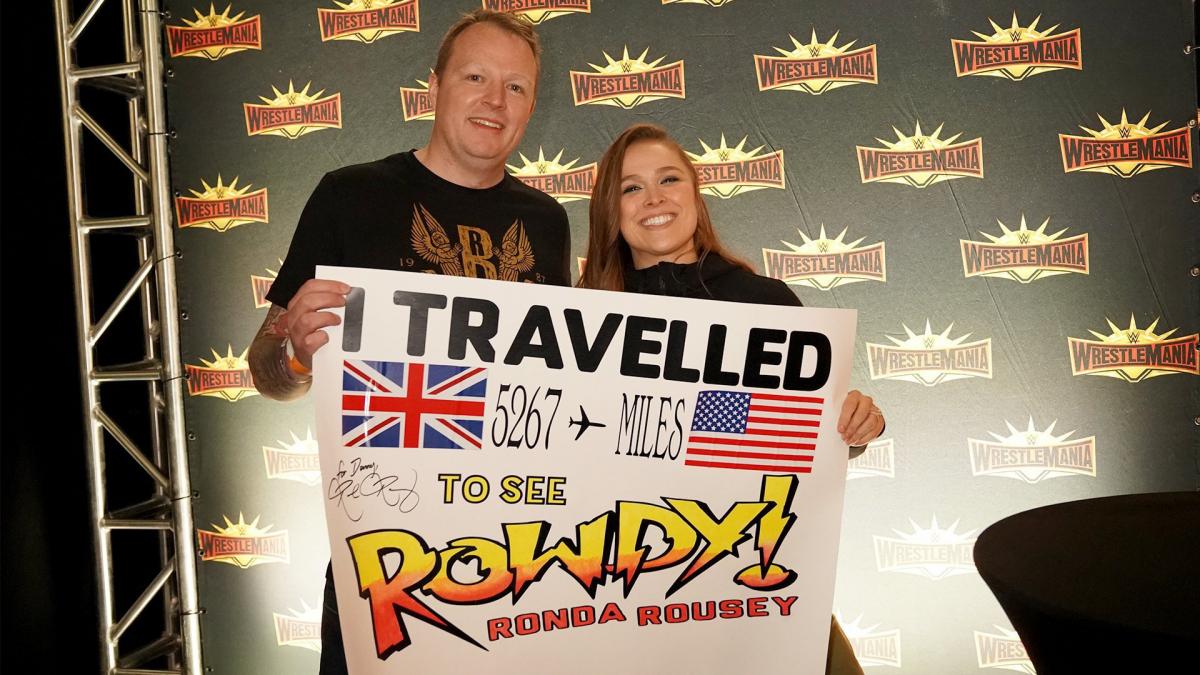 We determined that 86% of the 18,000 attendees were non-locals who had traveled from all 50 states and many other nations to attend their dream event. Ages of fans varied widely and the estimated economic impact was $13.5M.

(Side note: I might add that we surveyed plenty of high-income doctors and other professionals in the crowd)

In subsequent years, Enigma measured similar impacts at WrestleMania in Los Angeles and Chicago. These consistent results were shared with potential host cities and by 2007, CVBs were offering free venue rent and other major financial incentives to attract WrestleMania! How’s that for a SmackDown?

Taking Economic Impact to the Next Level 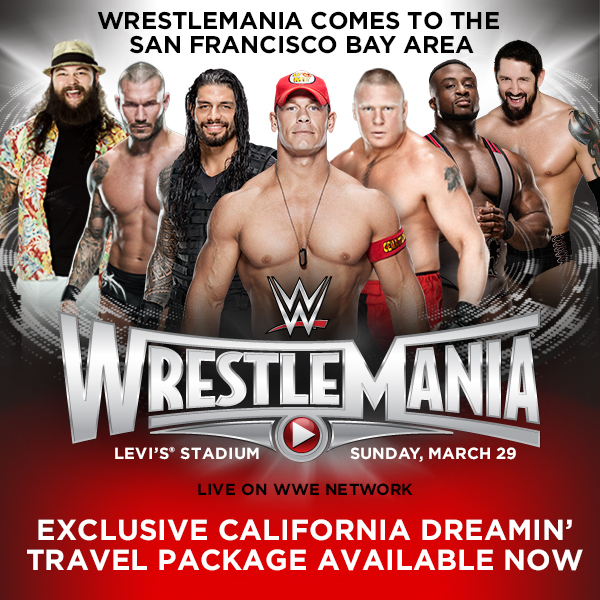 A few years later, my contact retired from WWE on a high note, having grown WrestleMania into a blockbuster tourism event fiercely sought by host cities from coast to coast. Although he was hard to replace, WWE soon hired an equally talented event tourism mastermind to fill the role. The new replacement had previously led a prominent big-city sports commission and as the new EVP of Special Events, he would take WWE events and impact to a whole new level.

The new EVP's leadership focused on establishing and maintaining relationships with the communities hosting WWE's growing suite of special events, which included WrestleMania, SummerSlam, Royal Rumble, Survivor Series, and Money in the Bank. He knew that to continue delivering record-setting economic impacts to host cities, the programming would need to be strategically redesigned to increase tourism attendance and spending. 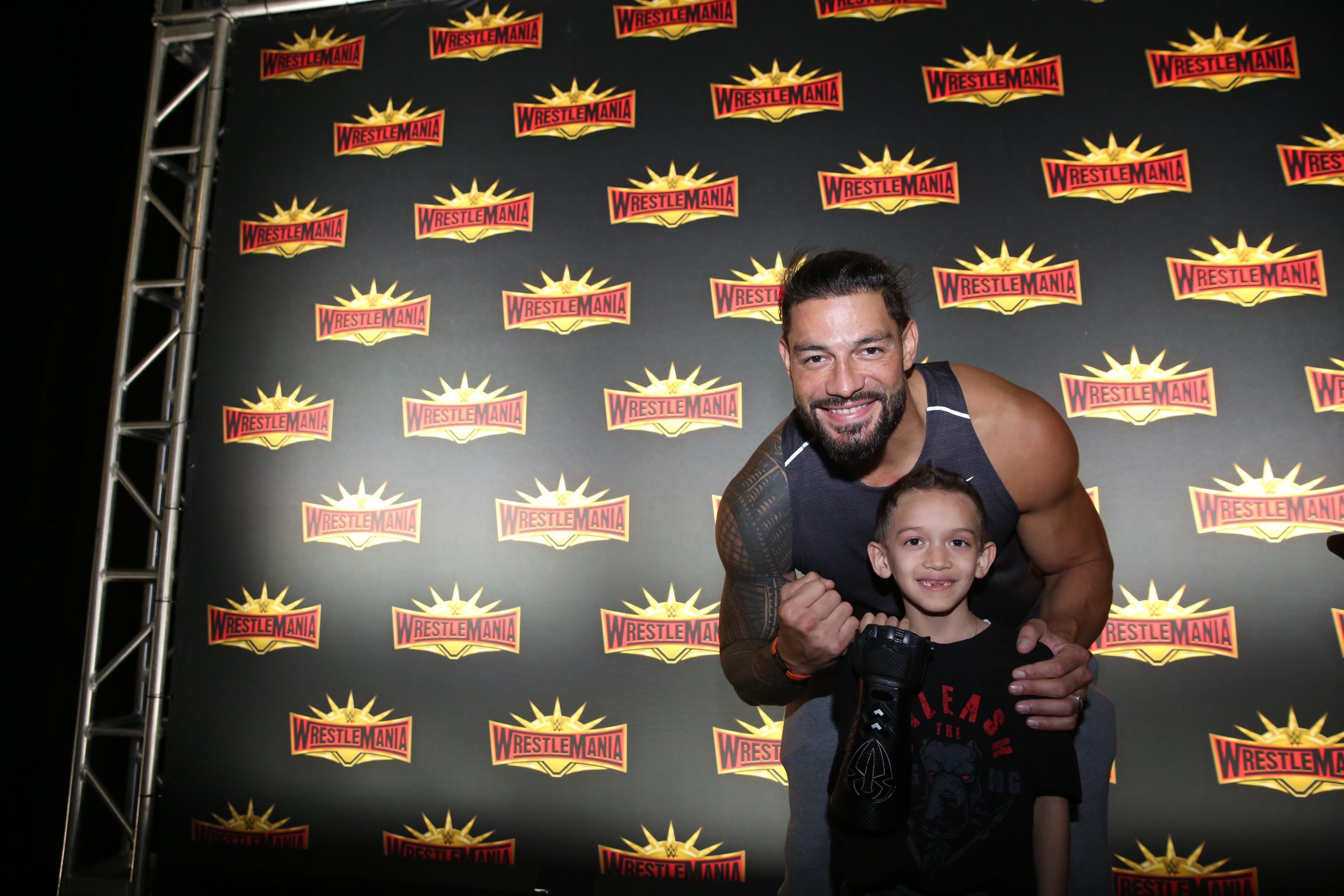 Step one was to switch the events from arenas to stadiums, which effectively quadrupled the audience sizes. Ancillary events such as fanfests, awards ceremonies, Friday Night SmackDown, NXT, and Monday Night Raw were also added to the days immediately before and after the main show. This lengthened the event and increased average hotel stays from 1.9 nights to 4.6 nights.

An additional tactic employed by the EVP's team was to ensure that host cities offered a multitude of spending opportunities for fans celebrating a milestone experience. So WWE special events are always hosted in places with theme parks, casinos, shopping, and other attractions. Finally, beautiful thematic branding was created each year to integrate exciting notable features of host cities, such as the Statue of Liberty in New York or Bourbon Street in New Orleans.

These combined strategies drastically increased total visitor spending and by the early 2010s, WWE special events began delivering more than $100M in economic impact to their host cities. Some of the most recent WrestleManias have topped $180M. The special events team has also been developing SummerSlam and Money in the Bank using similar strategies, with some of those impacts now approaching nine figures.

Given WWE's commitment to providing benefits to its host cities, it comes as no surprise that they have been at the forefront of the return of live tourism events. 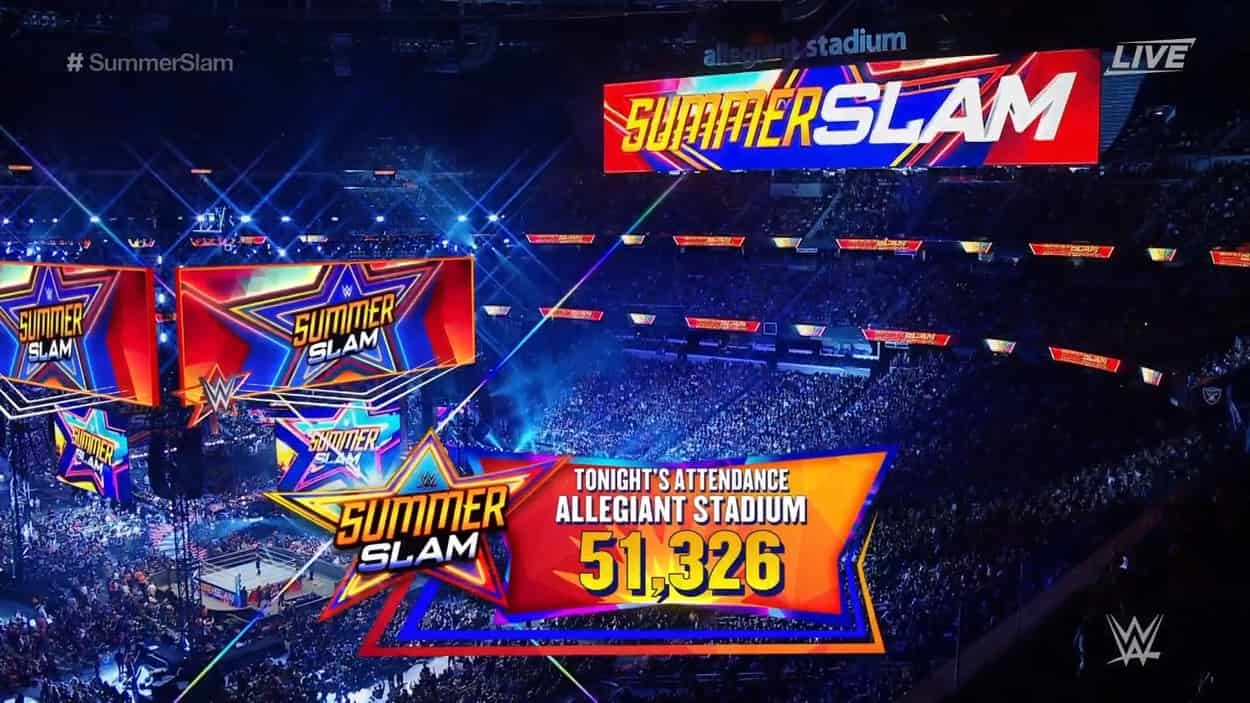 In August 2021, 51,000 fans were safely welcomed in Las Vegas for SummerSlam and just last month, WrestleMania 38 took place at AT&T Stadium in Arlington featuring (get this!) the first-ever 2-day main event! While the final impact figures have not yet been released, take my word that they were huge.

ALL EVENTS CAN LEARN FROM WWE

This is a remarkable success story. However, the lessons to be learned are fairly simple, and you do not need to be a huge promoter with a large budget to achieve these types of goals.

Event Professor says if you want to maximize your event's economic impact, you need to simultaneously increase three parameters:

Events of all sizes can use this strategy to build strong relationships with their host communities and share success with partners.

One last note. Having collaborated with WWE for so many years, I am frequently asked what it is like to work with its founder. The truth is, I have never met him. But, I have been told that when it comes to live event production, his intuition is beyond reproach, which is part of the magical success of WWE.

After a few years working with the organization, I came to realize that the "boss" who first saw the Enigma article and planted the seed to contact us was the founder himself!  So, while we have never met, I think he knows who I am. And that sure makes me feel like part of the magic. 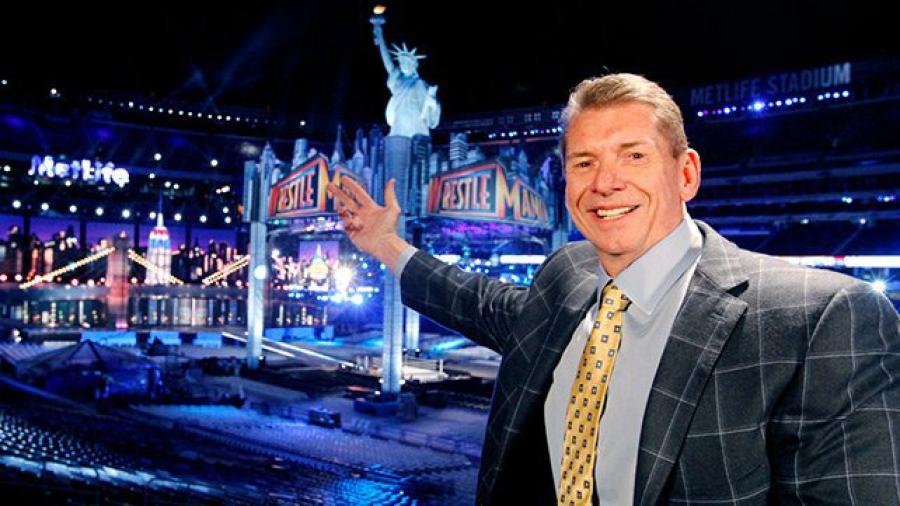 Want to know more about life as an Enigma researcher? Visit us on LinkedIn, Facebook, or our profile on Instagram.